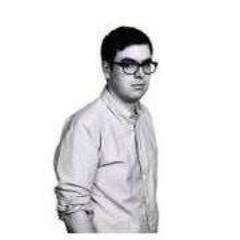 Group D will surely be one of the most difficult and balanced the 2015-16 Champions League: Juventus, Manchester City, Sevilla and Borussia Moenchengladbach will compete to get the qualification to the round of 16. In order to analyze the group and present to our readers what is probably will be the most difficult opponent for the Bianconeri, the editorial staff of SpazioJ has contacted Jack Pitt Brooke, one of the most important journalists  of the British newspaper “The Independent“.

Juventus has ben drawn with Manchester City, Sevilla and Borussia Moenchengladbach for the group stage. What do you think about this draw?

Manchester City always get difficult draws, this is their fifth year in the Champions League and they are never easy. City should qualify but there are no easy games – no Viktoria Plzen – so I think it will be a tight group with most teams between six and 10 points.

What do the English  fans think about Juventus FC? Is this team considered hard to face in the international field after the revolution of this summer?

English fans have respect for the achievements of Juventus and especially the team that reached the Champions League final this year. So that Juventus would be a very difficult opponent for any English team. But now there is no Andrea Pirlo, no Arturo Vidal and no Carlos Tevez, so it will be a different Juventus.

During this session of transfermarket, Manchester City has bought De Bruyne, Otamendi, Sterling, Delph, Roberts and Unal. How important are these players  for Mauricio Pellegrini? Do you think that Manchester City could be a serious contender for the final victory of Uefa Champions League?

Raheem Sterling and Kevin de Bruyne are two very important players for the first team. City have not had enough pace in the last few years, so those two will refresh the team, and they are a good age. City’s team is quite old now – all the old players they bought in 2008-2011. Fabien Delph is a good player for the squad. I don’t know much about Otamendi but Eliaquim Mangala (£42million from Porto!) has started the season well, so it will be difficult for Otamendi to play. The other boys – Unal and Roberts – are for the future.

Among the Blues, Cuadrado has found so many difficulty since his arrival in England. Do you think that his choice to return in Italy is the good one?

Yes I think it is good for Cuadrado to go back to Italy. He had a difficult time for Juventus – I don’t know why Mourinho bought him – but if it is not working, he should get back to a league that he knows well.

In Italy, one of the most discussed topics concerns the stadiums issue and the built of new sports structures. What reforms are needed, in your opinion,to achieve a model similar to the English one?

It is difficult because new stadiums are expensive. Arsenal built themselves a new stadium and it ruined their team from 2006 to 2013. Manchester City (and now West Ham) were given stadiums that were used for athletics competitions. Chelsea and Tottenham are trying to redevelop their stadiums. Liverpool are finding it very difficult. So it is very hard for teams to build new stadiums without a lot of money, or being awarded the stadium by the government.